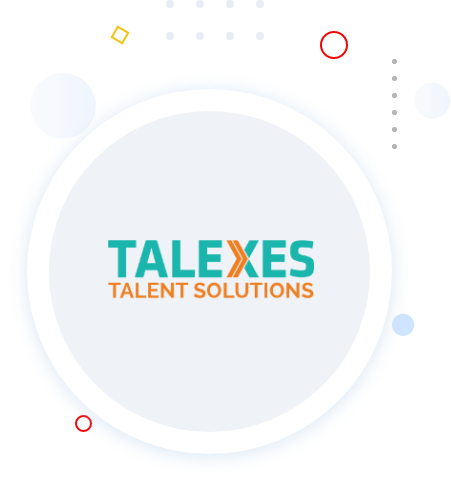 Talexes is an employee assessment company with a suite of tools to help organizations gather information to help manage their workforce. Assessments are administered on a cloud-based technology, which share results in real-time, delivered to the client all on the same platform. This technology was built by TechGenies. When Joe Kistner, Founder & CEO of Talexes, was first starting his company in May 2015, he knew his biggest hurdle would be building a robust technology quickly and within a startup’s budget. Since Kistner had managed his own development shop for years, building platforms with his own teams, he knew it usually took months before you were even able to get the project off the ground, let alone deploy.

“I didn’t have that luxury, I truly needed rapid deployment,” Kistner said, “I needed to be able to build a solution quickly and without significant overhead of traditional development shops.”

Before Kistner even began his search for a development team, he had already laid out an aggressive time table for completion, while still expecting the technology to not only function but dazzle his clients. The project began in May 2015 and he expected the completion date to be by the end of the same year. This is when he began his search and was introduced to TechGenies thanks to their previous experience in the talent management space.

“I needed someone who was willing to work with me because I have managed my own shop before. I knew how to manage developers and wanted that autonomy.” Kistner said. “What was appealing to me with TechGenies was they did not need to manage the project and, instead, they supplied me with all the resources I needed to manage it myself, which is hard to find but exactly what I wanted.”

Kistner realized having experienced programmers, proficient in English, willing and ready to do whatever it was he asked of them was the perfect setup. The fact that TechGenies could provide a Project Manager, but did not necessarily need to, spoke volumes about the professionalism of their developers, in comparison to other similar companies.

When implementing our solution, Kistner was able to check off the following criteria:

“They had to leverage the current technology because I couldn’t build from the ground up. They had to have an understanding of it and be able to communicate with me very well, which is always a fear when dealing with overseas shops. But with TechGenies, it was achieved above and beyond,” said Kistner.

Due to the TechGenies model, pricing was perfectly matched for what Kistner needed. “I didn’t have the burden of finding, screening, etc. I didn’t have to deal with all that ramp up so we were able to just start programming right away. That was very important.”

Not only did Kistner need to be able to manage the project on his own, but he needed TechGenies to source these developers for him. “TechGenies model, versus an hourly labor rate, made it very competitive and in line with what my needs were for this project. The TechGenies co-employment approach to the market is a great idea.”

Although they began working together on May 2015, TechGenies was able to meet his aggressive completion date – deploying the technology in January 2016, only 7 months later.

Kistner notes that TechGenies flexibility was a real game changer.

“For example, I will do all the functional and end user testing, but they must do all unit testing!” Kistner said. “They were willing to accommodate this into the process, which then accelerated the process.”

In the end TechGenies was able to create a next generation cloud-based employee assessment delivery platform that is robust on the back end, but simple for the end user, in only 7 short months. The technology has multilingual capability, functioning in 5 languages and, in addition, Talexis is the first company in the industry who provide texting notifications which sets them apart. This was implemented using TechGenies skill set and technology simply because they had done it before.

“My product is competitive within the market due to their advanced technology, which is appealing to both my clients and buyers,” Kistner said. “It was truly iterative design and development.”

For Kistner, without TechGenies delivery of the technology, Talexes would have missed the TTM. The true business impact is that they were able to enter the market sooner rather than later and with an assessment experience his clients have praised to be “much easier to complete.”

“Without TechGenies’ low-cost and incredibly quick delivery of this software, we would have missed the critical time to market,” Kistner said. “I am thoroughly impressed with their unique approach at quickly sourcing seasoned talent who are also able to work a project under the direction of the client. To me this is a HUGE differentiator.”