Jeffrey Rothman is TechGenies’ Chief Technology Officer, responsible for setting the setting technology standards and vision for the organization. 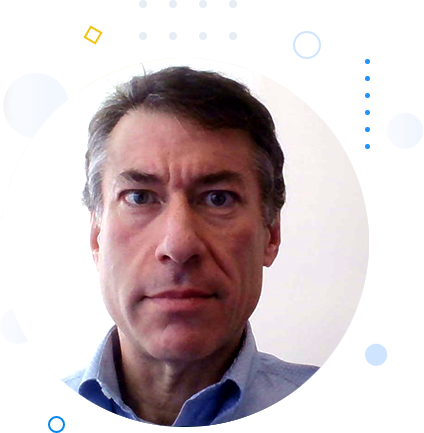 He originally hails from the Washington, D.C. suburb of Vienna, Virginia. He earned his bachelor’s degree in Electrical Engineering from Cornell University, and master’s and Ph.D. in Computer Science from U.C. Berkeley. Jeff has spent most of his professional life working at startups, holding just about every technical position, starting with development, Manager of Support, Director of IT and Support, Director of Professional Services and Director of Engineering.

For the past twelve years Jeff has served as CTO of companies in the HR space, first as co-founder of GoodRevu (automated performance reviews) at HireMojo, developing its hiring automation platform and now as CTO at TechGenies (as well as sister company TrenData).