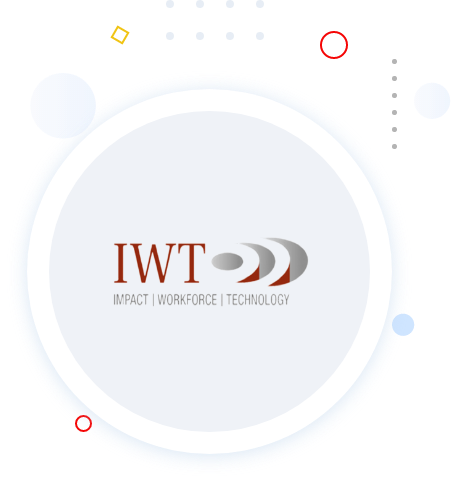 When Don King, IWT’s Chief Creative Officer, entered into the Vendor Management space three years ago, it was because he was frustrated with what it was doing to the staffing industry, where he has worked for over 25 years. During this time he had been exposed to many VMS companies and most of them were “doing it wrong.” They were driving a wedge between the staffing companies and client companies, trying to prevent the two parties from communicating, charging vendors an exorbitant fee to use the VMS, as well as holding the staffing companies’ receivables for up to 60 days. He believed he could develop a better technology and went against all odds to do so. He first entered the world of VMS development in June 2011 when he signed an agreement to take an existing VMS platform and customize it to support their business model – the “better VMS way.” Don initially chose to work with onshore developers for the first 24 months of customization until he was hit with the same challenges many startups face.

“Speed and cost of development were hindering our ability to enter the market.” King said.

King knew he needed to start looking outward in order to make his vision a success. But many of these traditional IT outsourcing solutions had extensive per hour costs, sometimes asking upward to $250/hr with 30 hours for customization. In addition, many other solutions did not provide the flexibility needed to develop the technology on his own terms.

As a long-time partner of HRsmart, another one of TechGenies clients’, King learned how their unique hiring model had assisted the talent management company over the course of 10 years. He then decided IWT would benefit from a solution where developers are hired as salaried employees who move at the client’s pace. This is due to the fact that each developer is hired for solely one client and only based on their previous understanding of the technology.

“With traditional IT outsourcing, developers are working for their company and you are simply one of many projects,” King said. “With TechGenies, the developers work for us and we manage the project ourselves – at a lower cost.”

When King began working with TechGenies, he was provided two full-time developers based out of Mexico, with previous knowledge of vendor management & procurement software.

“Usually it takes 5 months for a developer to come up to speed on the software, generally because of the coding,” King said. “TechGenies solved that issue because they were able to actively find the programmers that know the software and, due to the specificity of the technology, it assured me that if they can find someone who can do this, they can find someone who can do anything.”

They began work immediately and, over the course of the next year, they quickly built a strong relationship thanks to the direct management approach. This led to IWT looking to their developers as an extension of their team, rather than a temporary patchwork solution.

When implementing TechGenies solution, IWT was able to achieve:

IWT started with onshore for the first 24 months then moved to the TechGenies model for another year. “We were able to achieve more development in those 12 months with TechGenies than the 24 months onshore.”

Due to TechGenie’s unique hiring model, IWT was able to take advantage of the lower rate of remote salaried employees versus hourly rates. “With TechGenies, our cost of development was 50% less.”

Not only did IWT manage the project themselves for better flexibility, but they were able to physically own the software. “Other solutions were only leased software, but we would never own it,” King said. “When no one would sell us the license to develop our own, we knew that we wanted to create something from scratch and TechGenies helped us achieve this reality.”

According to IWT, one of the most attractive aspects of the TechGenies solution was the stability of the relationship between programmer and client. “Most other firms are going to pay attention to the highest margin clients, and for us, being smaller, we did not know if we would receive the same attention,” King said. “With TechGenies, they truly listened to us and helped develop what we wanted to create rather than tell us what we need to create.”

In the end, TechGenies delivered IWT a robust Vendor Management Solution (VMS) which manages the procurement, performance and payment of a contingent workforce for all industries. This technology succeeded in achieving a centralized data center, visibility, collaboration, increased efficiency, control, rate card management, performance analytics measurement and consolidated invoicing/billing – all in regards to a contingent workforce.

“Developing a software is like having a kid. It grows in stages from childhood to adulthood, maturing over time, but in the end, its growth is never finished,” King said. “To have a partner like TechGenies, who understands that the technology is constantly evolving and stands ready to travel the path with us, is truly invaluable.”