Brainsy’s patented technology and turnkey services enable individuals, organizations, and associations to create Expert Calling Networks or “ECNs.” An ECN® is a knowledge-sharing platform that showcases a group of mentors, subject matter experts, or advisors who can get paid to offer opinions or share knowledge. As an enterprise solution with a consumer-facing service, their reliability impacts how their clients interact with their customers. Therefore, they needed a highly reliable Service Platform which could be thoroughly tested. 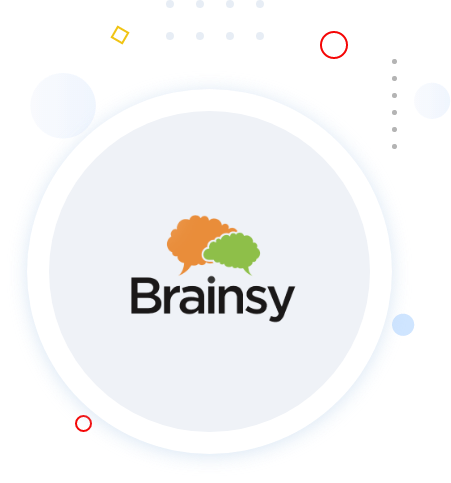 When Brian Christie, CEO, first launched Brainsy’s ECN service, he wanted to develop a very sophisticated and complex B2B social media application allowing for multiple roles and highly configurable features. But because it was an enterprise solution with a consumer-facing service, the need for a highly reliable and thoroughly tested technology was paramount before they could begin releasing it to the public. This led to the conclusion that they needed to add scale-able software testing resources that would grow with their business without requiring them to incur a large amount of overhead.

“We previously used online marketplaces to access development resources with mixed success,” Christie said. “As the sophistication of our operation grew, we needed tech resources that would be managed securely and that would operate with best practices as it related to the protection of our code and intellectual property.”

Christie knew he needed a solution that wouldn’t require him to incur a large amount of overhead as they grew their development and testing capabilities. At the same time, he wanted to be in a position where he could scale the business rapidly to meet an increase in demand. This led to what seemed like an impossible search via online marketplaces, online advertising and word-of-mouth referrals to search for solutions. Christie and his team tested and rejected nearly a dozen outsourced development contractors before they learned about TechGenies.

Christie was first attracted to TechGenies due to their flexible and agile approach, which allowed for the hiring of their own Genie who reported directly to Brainsy. They faced initial challenges not unlike those of any cross-cultural and cross-border work arrangement, but their Genies were able to find a solution.

“The TechGenies team responded by creating a strategic framework for reviewing work on a regular basis and assigned highly qualified senior managers to oversee and nurture the development of more junior personnel assigned to our project,” Christie said.

When implementing the TechGenies solution, Brainsy was able to achieve:

“Our team was able to work around the clock to meet the key development objectives as a result of engagement with TechGenies.”

“We received sustained and consistent development support at a start-up friendly price point.”

Christie knew that traditional outsourced development was far messier and more complicated than the TechGenies unique hiring model. The TechGenies model was appealing to him as it allowed for increased flexibility and more control over the development process.